Also, not about the fact that I have been made redundant. Slightly before I was made redundant, I decided I wanted an ebook reader.

Actually, I wanted an iPad, and probably still do, but they’re a little bulky and heavy to cart around in my pocket, even if it fitted, and while my major reason for wanting a tablet device is ebooks, staring at backlit screens is bad for my head, so epaper it was.

I own a number of ebooks already, mostly though Baen’s Webscription store, which does open ebooks. I also own the Kindle app for Android, with a couple of books on it for “try out new software” purposes, and I quite like it, so I decided to take the risk and bought a Kindle and a cover for it. (Note, all the following Amazon links will supply me with a kickback if you buy though them).

The kindle registered as “Cheap for what it is” at £110, the cover (with built-in light, since the kindle doesn’t do backlights) as “Expensive for what it looks like” at £50. The light does, however, work perfectly and the cover does look great. Specifically, I bought the Wifi only Kindle and the Kindle Lighted Leather Cover, Steel Blue

, which is more expensive. The 3G option and data rate charges don’t seem excessive, but since my phone can act as a wireless router to its 3G connection, if I need mobile access I can just use that.

A few days later the device had arrived. It arrives semi-charged – much like the iPhone – and if you bought it though Amazon without selecting “as a gift” comes pre-configured with your Amazon account already set up. The ePaper screen is crystal clear, and it arrives already displaying a welcome message (The Kindle only uses battery charge to repopulate the screen, so even in the “off” state a message can still be on screen. When you put it to sleep yourself, your book text is replaced with a picture of a famous author or object of literary worth. It’s really nice).

After using touch screens, the arrow-key interface is a bit limiting at first, but works well enough. The UI touches have impressed me. Within a couple of minutes of lighting up, it had downloaded the books I’d bought for Kindle for Android (Empire in Black and Gold

) and when I went into it, continued from the place I’d been at when I last closed the android application, after asking me if that’s what I wanted.

The Kindle will accept .mobi or PDF files by default, if you plug it in to your computer it’ll appear as a USB storage device. You can use the open source software Calibre to convert things to this format, and to manage what ebooks are on the device if you like.

The display is sharp and clear, the slightly weird page refresh – which reverses video before changing the content – looks like it’ll be distracting when you first see it, but soon becomes unnoticeable when you’re following. The lack of being able to read it in the dark without the portable light is something it shares with real books, and the advantage that it can still be read in direct sunlight is also.

You can worry about Amazon acting the evil empire and removing books you’ve paid for – though after fucking that up once they’ve said they won’t do that again – if you like and just go with books you’ve downloaded and bought yourself that have no relationship with them. Even with wifi on and using the case-light (which feeds off the Kindle power supply) the batteries have lasted almost three weeks before needing charging.

I like it. It’s surprisingly natural to read, it Just Works almost all of the time, and it’s a quarter the price of the cheapest iPad. It’s not a tablet device as much as it’s just an eBook reader, but it knows what it is supposed to do, and it does that very well indeed.

Klide links in diary entries. Klide is the Diary subsystem of the Klind engine. It will also link…
aquarion
1 minute read 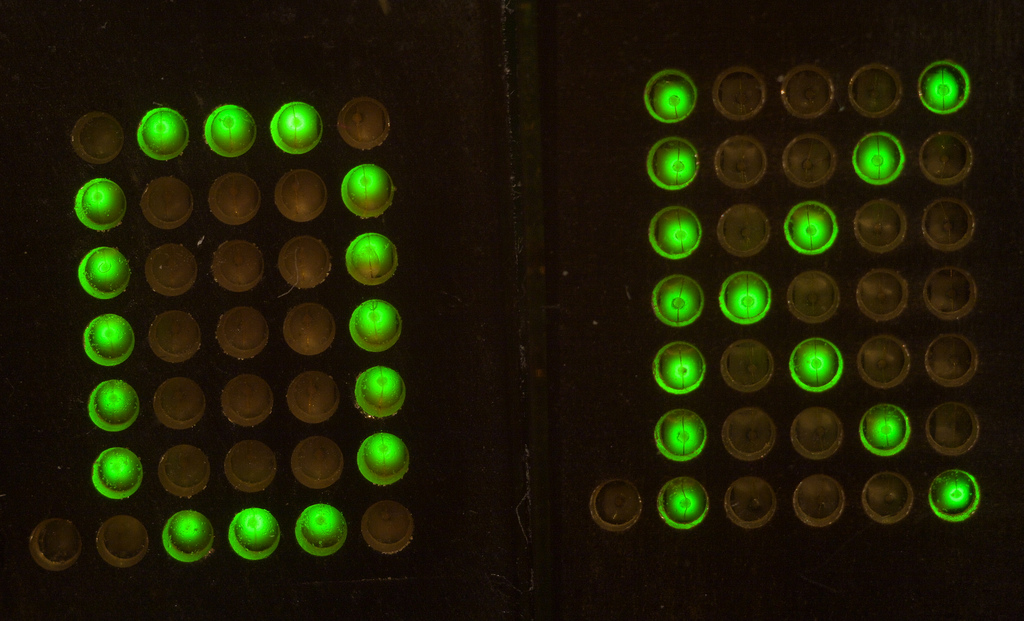 Often I’m working with people who own a domain, but don’t really know what that means, or how…
aquarion
No comments
5 minute read

The Open Rights group founding was interesting. At a talk just over a couple of years ago, organised…
aquarion
1 minute read