Last Friday, I woke up at 5am, which was unfortunate.

Whilst I didn’t leap up and think “Aha, an extra hour to face the day and relish its challanges”, I did eventually reach the conclusion that if I was going to be awake at 5am, I could at least play Civ5 for a couple of hours before work, as it had unlocked at 1am.

In the meantime, I tripped and fell down a Minecraft.

Minecraft is in the Dwarf Fortress Indy tradition of games that look like they were built decades ago, yet have the underlying mechanisms of a game with all the processing power 2010 can provide.

The game looks startlingly like Lemmings 3D when you first enter. A blocky world with your blocky avatar, randomly generated with great – if foggy – vistas of mountains, valleys, waterfalls and forests. Blocky sheep and blocky cows roam the blocky landscape. A blocky sun filters though the blocky clouds.

But this is minecraft, and your purpose is to build things. If you punch a tree, eventually you’ll get a log. Four logs will build a crafting table. Some logs build some sticks. Sticks and logs build a wooden pickaxe you can attack ore rocks with. Ore rocks build a furnace. A furnace, some coal and some ore rocks build you a better pickaxe. You can harvest your own blocks, building houses and skyscrapers, hills and towers, bookcases and trojen horses.

And the game loves you.

And by “love”, I mean that at night the ice weasels come.

When night falls the idilic – if blocky – landscape becomes a nightmare. Spiders and zombies roam the land, able to destroy you really quite quickly. I sealled myself into a cave and waited for the morning.

Come the morning, there was a zombie hiding under a tree. Seeing me, it ran directly at me, and set fire on the way. Vampire zombies, apparently.

So I mined some sand and put it in my furnace, hollowed out a larger hole in the rock, found more coal, put some sticks and coal together to make a few burning torches, and realised it was getting dark again. Time flies when you’re making glass.

I used my new glass blocks to build a picture window of my new hovel, and watched the blocky sun set over the blocky horizon. Then I realised I was about to be late for work, and left.

It’s not a game with a win condition. It’s not even a soft Simcity/Sims win condition of “Balance the numbers”. You can build your perfect house, or you can beat up all the cows until you have enough leather to make armour. You could grab a pickaxe and get enough gold to block the river, or you could grab a sword and destroy the vampire zombies.

I described the epic vista of blocky mountains, but mine down in the rock and you’ll find blocky cave systems, complete with flowing lava, more spiders and deeper mines. You can build rollercoasters and boats, mine tracks and bookcases, all you’ve got is the lose condition of don’t die, and don’t accidentally set your house on fire.

This post should have pictures on it. Pictures would illustrate what the game looks like, how awesome my house is, what the zombies look like, and Minecraft in all its low-fi 3d glory.

However, I have not yet managed to launch the game to take screenshots without spending two hours playing it, so you’re getting it as is. 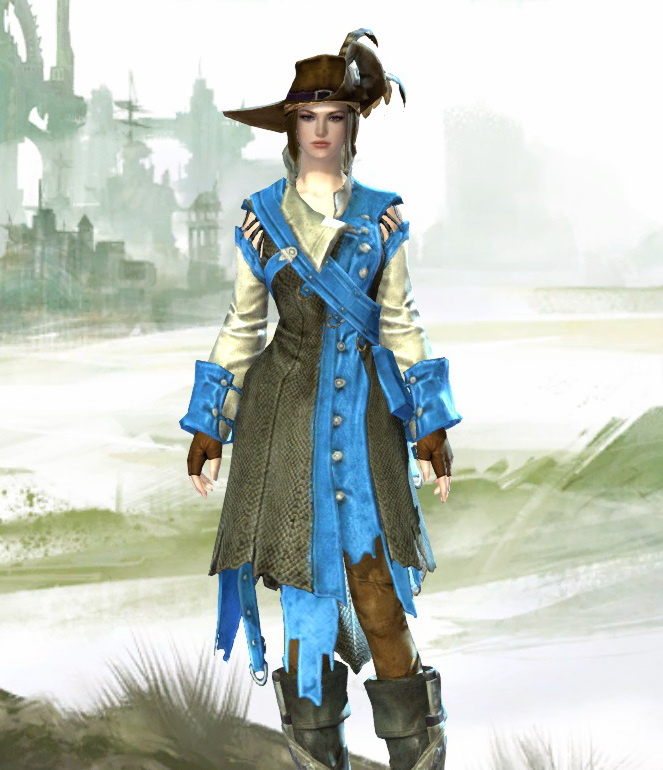 This is Salique. She’s a Human Engineer in Guild Wars 2:   My first MMO was Ultima Online.…
aquarion