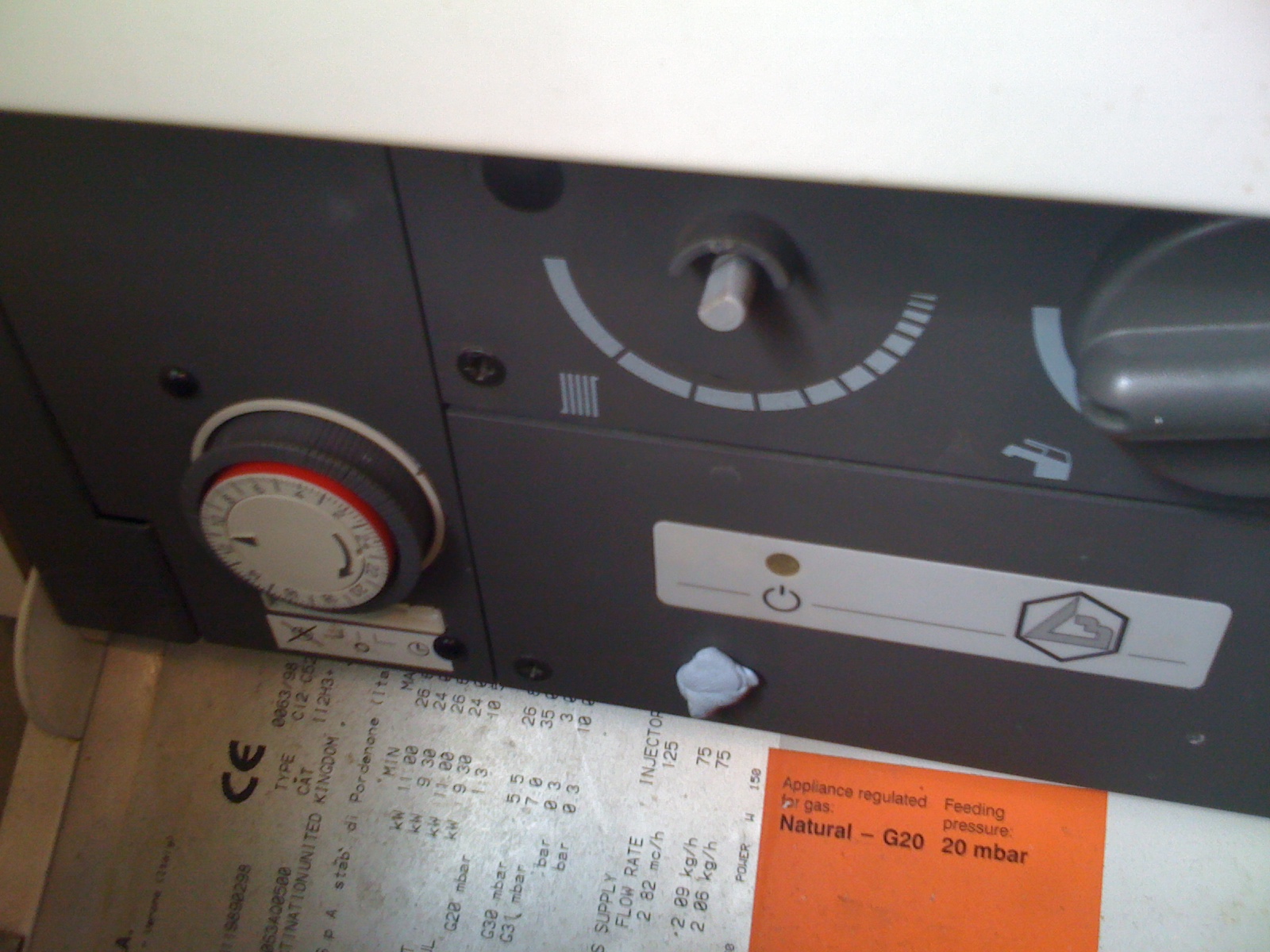 So, our flat’s been out of heating for a week or so. Long term readers will remember our current boiler has never been the most logical of devices. About a year ago it entirely packed up, and various attempts to fix it by our Intrepid Plumber got us hot water but still no heating. For that December (2010), he came around about once every few days, spent a few hours trying a new possible solution to the continuing problem, replacing bits and pieces, fixing stuff with washers and duct tape, and generally roping the thing into some kind of order that would last long enough and be tickable as “Fixed” and to, importantly, enable us to not freeze. The pump got replaced, the control panel which I spent so much time blogging about was bypassed by a new digital interface, and it eventually all came back on, sometime in January last year.

Two weeks ago, when it failed again (when it was snowing, obviously), back came the Intrepid Plumber to fix and screw and replace bits and pieces of the boiler, saying how it needed to be flushed though, and got it back just about working having manually twiddled the filter.

Saturday it died again in exactly the same way. Intrepid Plumber wasn’t well, so our landlord’s agent sent a new company they hadn’t used before. New company took one look at it, listened to what happened when it was turned on (Thunk rattle rattle rattle, *thunk* rattle rattle, *thunk*, [pause], *PHWEEEEEEEEEEEE* as the steam safety valve does its best Ivor the Engine impression). And said, in effect, “Okay, that’s fucked. I’m going to call in for a new one” (By which point it was Wednesday, because the wheels of higher beings turn more slowly than for those without hot water). So, at quarter to eight on this Friday morning I’m waiting for the plumbers to arrive with the new boiler we probably needed a year ago.

(There’s a bit more complication, as our 17th storey status  means that installing a new boiler isn’t exactly trivial if they need to expand the flue, but they appear to have got around the original quote of needing to build scaffolding all the way.)

To drag this back to a relevant point, instead of waffling about boilers, the central problem was that once the dodgy boiler was “fixed” to the point where it provided hot water and heating, all the impetus to do anything further to shore up the system had faded away. My Landlord wasn’t massively willing to throw another few hours of Plumber time on something that was clearly working, and I wasn’t going to push them a lot further because I have better things to do during the working week than harrass my Landlord’s agents into fixing a working system.

Development suffers the same problem. Once a system is up and working, even if some of the ways that happened aren’t ideal, it’s quite hard to justify going back and risking breaking system for the somewhat arbitary goal of making it “better”. There will always be time to scale it, to refactor it, to reindex it, later. Tomorrow, perhaps.

Until eventually you’re sitting in a cold flat without having been able to have a shower for a week with a heater that might as well run by burning five pound notes.

While wandering around the net yesterday, I tripped over this video. This video is of a building being…
aquarion
No comments
1 minute read

There’s a cut-scene as a week passes, and we’re on the Saturday after we’ve moved in. I’ve skipped…
aquarion
5 comments
3 minute read

There is a Very Loud Noise. Someone is driving a piledriver though your skull. There is a tribe…
aquarion
No comments
3 minute read

So, House number 11 has been moved into. Yesterday, I, my girlfriend Fyr, Her parents, My parents and…
aquarion
3 comments
1 minute read
Loading Comments...