Lets start with a quote. From the Lies Of Locke Lamora, by Scott Lynch:

The white-robed boys swept back their hoods and Locke saw that they were twins; perhaps a year or two older than himself, and far sturdier-looking. They had the olive skin and black hair of the true Camorri; their identical long, hook-ended noses, however, were something of an anomaly. Smiling, they joined hands and bowed in unison from the waist.

‘Today, I am Galdo,’ said the one on Locke’s left.

‘Tomorrow, I will probably be Galdo,’ said the other one.

‘Or perhaps we’ll both want to be Calo,’ added the one that had first spoken.

‘In time,’ Father Chains interrupted, ‘you’ll learn to tell them apart by the number of dents I’ve kicked in their respective arses; one of them always manages to be ahead of the other, somehow.’ He stood behind Locke and placed both of his wide, heavy hands on Locke’s shoulders. ‘Idiots, this is Locke Lamora. As you can see, I’ve just bought him from your old benefactor, the master of Shades’ Hill.’

‘We remember you,’ said presumed-Galdo.

‘Father Chains bought us just after you arrived,’ they said in unison, grinning.

‘Knock that bullshit off,’ Father Chains said, his voice somehow regal. ‘You two have just volunteered to cook dinner. Pears and sausage in oil, and a double portion for your new little brother. Get. Locke and I will deal with the kettle.’

That’s what I was reading yesterday, and so, casting around for something to do for dinner today, the quote popped into my head. Pears and sausage in oil.

(If you like the book, you can buy it in most decent book stores. If you’re not quite sure, there’s another 29 and a half pages of the book in extract form on Mr Lynch’s site. I’d highly recommend both the book and the sequel).

Tescos supplied me with some “Cumberland style” sausages and a few pears, edibly ripe.

The frying pan has yet to recover from the weekend, so we won’t be frying them. Pears are quite delicate to the taste, and we want to bring out the flavour rather the bury it, so this is going to end up as simple as possible.

A roasting tin, into which we throw four of the sausages, each sliced into three. The pears are peeled (which is a bastard) sliced and then stripped of the core bits, then thrown in without any more slicing. Olive oil is drizzled over that to help it cook, and Onto that goes a sprinkling of basil with a dash of thyme, ginger, salt (Basil because I like it, thyme because I think it’ll work well with the pear, and a pinch of ginger to add an subliminal edge. The salt helps bring out the flavour too); some sliced tomatoes go over the top because I think that’ll help, and then the whole kit and caboodle gets thrown into the oven for an hour and a half on 150°c while I go attempt to work out why so many people like World of Warcraft.

A while later, I come to the conclusion this isn’t quite enough of a balanced meal, throw some rice on, and serve that lot over it about ten minutes later.

Then I have an idea. 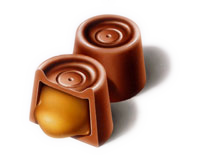 So, of the opinion that cooking things was not going to happen this fine winter’s evening, we turned…
aquarion
4 comments
1 minute read

I am not new at this “Bread Making” lark. For a while now, one of my default methods…
aquarion
2 minute read

Heat oil, some chop chicken, some garlic, some onion, fry. Add some random spices to make spicy-fried-chicken base.…
aquarion
No comments
1 minute read

Someone has eaten all the oreos from the cupboard. Now there are no oreos. And somebody must die
aquarion
1 minute read
Loading Comments...