I have returned from Maelstrom Event 1.

Maelstrom is a Fest-style LARP system run by Profound Decisions.  In the greatest of 1980s educational films, lets break that sentence down into smaller bits.

LARP stands for Live Action Roleplay. It’s very much like the standard “Tabletop” Dungeons and Dragons style games which you are probably more familiar with. You create a character (“Bob is a Normal Male Human”, “Jenny is an Undead Female Badger”, “Joe is a Giant Talking Cock”), Assign them some attributes within the system (“Bob is a Barbarian with lots of strength and candyfloss for brains, giving him +5 to all battle roles and a +3 sugar rush three times daily”, “Jenny is charismatic, but unfortunately let down by the way her arm keeps dropping off. +5 to sustained impressions, -4 to first impressions, +9 to sewing”, “Joe is in love with the chicken of his dreams. -5 against anything chicken related – does not include KFC – +6 to endurance regained from a good night’s sleep”). And run adventures with you playing the part of that character (This is not a necessary order. You can create the character and choose skills and race to fit, or you can do whatever you feel to make a character that works for you and the game. Time-travelling geologists may not apply, depending on setting).

The central difference between Tabletop and LARP is that instead of sitting around a table, you are actually in a room or field or other open space playing the actual character. Depending on system, this means that various skills may be classed as “hard” and “soft”. Hard skills are those that the player must possess to use them, soft skills are those which the game provides for the characters to use. For example, I play in one system a Pyromancer. His ability to run across the field is a hard skill (and is lacking), his ability to convince people he really *isn’t* going to destroy the world is also a hard skill – it relies on his host’s charisma, but his ability to fling a massive fireball at a fleeing demon is a soft skill.

Core to this in most instances is a set of calls which do not exist in the game world, but affect the game itself. These are the system calls. If, for example, I cast the above spell, my character may shout this:

By the power of the beautiful and destructive element of fire bent to my will, I set you ablaze: TIM RED QUAD.

Tim is not a system call in this case, it’s an identifier as to who it’s aimed at. If I was to attempt to hit someone with a sword, I’d not use that as it is perfectly obvious who the aim is at. RED QUAD is a damage call, and requests that player to take four points of red damage. By this structure of rules the game can proceed almost completely without a referee needed to oversee every action as a game master would in a tabletop system, most interaction is with each other.

(As an aside, yes, this means the game is mostly self-governing, with obvious holes where a person can shout things they cannot do and ignore hits they should have taken. Generally, however, people stop playing with the people who are being dicks.)

Maelstrom is a system written mostly by Matt Pennington and run by his company, Profound Decisions, in the form of four weekend events a year, Easter weekend being a full four day event. The central premise is a swords & gunpowder world with various humanoid/animal races, and one day a path opens though the permenant storm that is at the edges of their world into a new one. The new world has magic, native races, whole new races born of magic and, most dangerously, the angels of the gods who fell from grace and now must consume souls for power. This leads to a game of multivarious levels, from the colonies from the old world claiming land and building upon it to the dismay and anger of the native races, the political issues between the colonies themselves, though the attempts of the churches of the old world to maintain a foothold in this one (and convert the natives from the – oddly similar – native religions) and up to the war between the loyal eidolons of the five old-world faiths and those who declared freedom from them and fell from grace.

It’s really cool, I’ve been going for about three years now. There are more details on Profound Decisions‘s site.

The system is almost entirely player led, with very few major elements thrown in by the referees. The religion system works well (Players pray to their gods by writing things and handing them to the refs. The refs write things and give them to players who play the angels of the gods. The players of angels do as they feel they should.) The economy mostly also works (Four different currencies with player-led exchange rates and various different bases. One is 81 Riels to the Kyat, for example. Another is based on the old english system. Kind of. If it were devised by Salvador Dali. While he’s on drugs).

(While I mention drugs, there are drugs in the system as well. They are scary, and my character goes nowhere near most of them.)

And that’s pretty much what my weekend was like. It was awesome. I helped found a new church, dealt with the fallout from a friend of my character being killed, dealt with the funeral of said friend, inducted people into my faith, almost shot someone, held a supplication to my goddess, and – somewhat to my suprise – failed to die. Again. 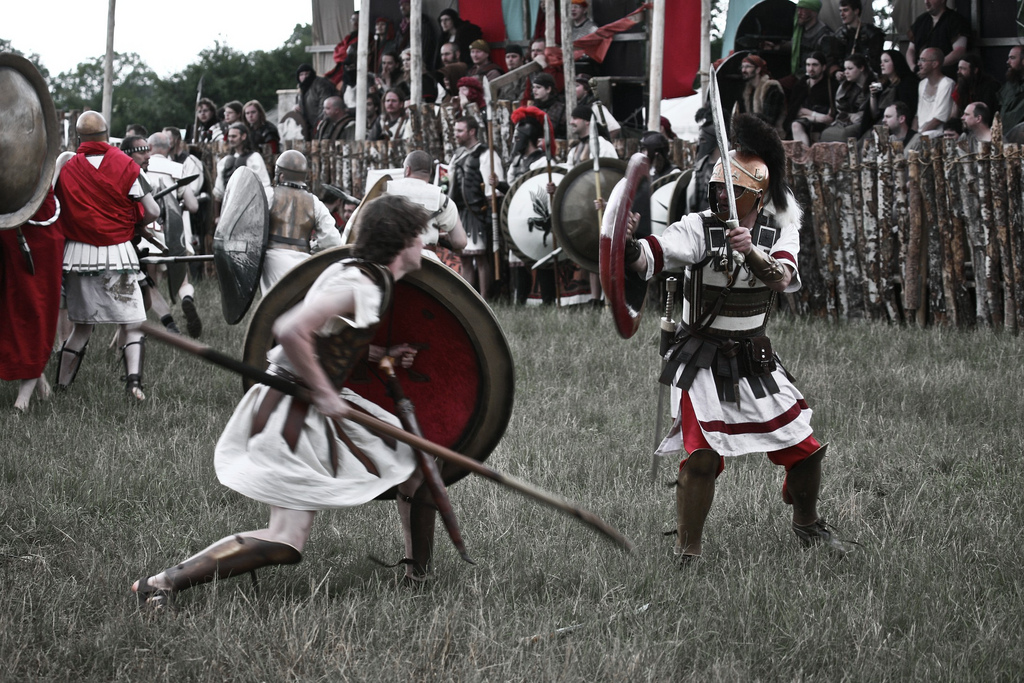 People of the civilized world, listen, for your gods speak! Alexander of Macedon, he whom you called Great,…
aquarion 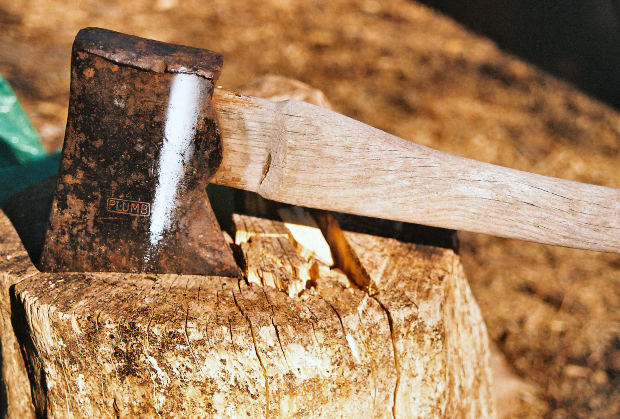 There are three forms of LARP, traditionally. Or three approaches. They are: Narrativist: I hit it with my…
aquarion

So, I went to ref Odyssey again. Odyssey is a bit like this: Odyssey Champions from bill thomas…
aquarion

Er, yeah. I did have an entry here, and it was carefully constructed and humourous and contained references…
aquarion