So, what I actually want is this, designed by them integrated with this

This is a song called Code Monkey, by The Internet’s Jonathan Coulton

The MP3 is Here

This is Dungeon Runners a game I’ve been in the beta program for for… quite a while. It’s free to play, but to get access to higher level lewt you’ll need to shell out a couple of quid a month (Quoted at $5, but gold coins to doughnuts that won’t translate directly into pounds).

It’s a kind of un-serious diablo-style… er… dungeon running game (The odds?) cartoony and occasionally self-consciously zany. It’s not as deep, wide or time-sucking as something like Ultimaquest: City of Lord Runecraft: Galaxies’s Assault Call1.

If you’re looking to try it out contact me somehow, because I’d quite like to see how well the teaming works.

Police send ‘spy drone’ into the skies
Britain’s first remote control police aircraft, dubbed the “spy drone”, took to the skies today.
The unmanned CCTV drone, which measures only a metre wide, is fitted with the latest in CCTV cameras and can record images from a height of 500m. (The Guardian) 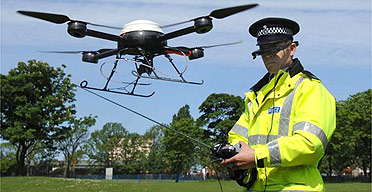 First, I have decided to make an attempt to collate all my various social networking & communications media links and such into one place, and that place is called Walrus for reasons that are probably not as obvious in your brain as mine.

Second. Last night I went to bed at 1am, intending to get a restful nights sleep and wake up bright and breezy and ready for the day. I woke up at 2am, bright and breezy and ready for a day that wouldn’t start for hours. I then, in quick sucession, played computer games for a while, broke the hard-drive on my main desktop (losing a large amount of data), snapped a shoe-lace while trying to put my boots on, and – having finally got hold of a screen protector for my new XDA – discovered that Touchscreen + Screen Protector == Don’tTouchScreen. Grah.

I have for the past week or so been playing a bit of Lord of the Rings Online. It is a game straight from the World of Warcraft school of MMOs, which isn’t something I can strictly blame them for. Chronologically, it’s set around the time the fellowship are setting off (for the time being) and the general gameplay is very much drawn from WoW, only better. For example, the missions have NPCs who will have to rest every now and again, whilst showing you with backstory. Missions have triggers, which means it isn’t always go to place_X and find/kill number_Y of item_Z, though that is a large part of it.

Also, it is very pretty.

I haven’t really been able to delve too deeply into it yet – early days, plus I don’t really know anyone on there – but it’s not giving me the vision of endless evenings grinding that WoW was giving me. We shall see how it progresses. I am, incidentally, Jaschir, a Loremaster on Evernight.

(Via SadKermit.com, via AFP. Thanks a lot, AFP.)

You wait ages for an entry, and then three come in one day.

Translation into Gamer of Matthew Paul Thomas’s Translation from cranky-speak into English of a selected portion of Mark Pilgrim’s ‘Silly season’ :

Adobe Apollo and Microsoft Silverlight are the HyperCard of the 21st century.

If the universe of The Longest Journey, which includes Dreamfall, were female, I would be attempting to buy it drinks with a view to later marrying it and having crazy universe/human children wandering the worlds like a… like the start of an interesting scifi/fantasy plot, as it happens.

Dreamfall:The Longest Journey is a scifi/fantasy adventure game and a sequel to 1999’s The Longest Journey, which had no such supertitle. The game is absolutely beautiful, the dialogue is mostly very good, the adventure bit of the game is awesome and the runny/hidey/fighty bits of the game are… mercifully short. Apart from the cave bit in Chapter Five, which required you to solve puzzles whilst running and hiding from patrolling bad guys and causing a fight you couldn’t win if they spotted you. That’s the reason it’s taken me over a year to complete the game.

The end of The Longest Journey was nice. It finished the story arc, but didn’t tie everything up into a little bow and present it to you. There were other stories to be told in the world, and it left loads of room to tell them. This meant that the six year gap between games was annoying – because I wanted to see more of the universe – but not irritating.

The end of Dreamfall? Isn’t. Having started a dozen plot threads it only actually finishes two and then starts another in the pre-credits sequence and then another in the post-credits sequence. I can wait five years for a new story in an interesting universe, but five years and another £30 to see the end of the story I’ve just finished? That’s annoying and irritating. The important and really vital thing about trilogies is that the second part is hard, because you’ve got to complete enough to make it feel like a whole, but leave enough open to make it feel like a part, and it’s this second that I feel that Dreamfall doesn’t work very well with.

I hope that they get better, because they recently announced that the ending of these stories is going to be released episodically (as Dreamfall:Chapters), which means we’ve got another dozen or so mini-cliff-hangers to live with, assuming that they all get made (Although the only large episodic series to really work so far – IMO, and not counting Half-Life Episodes until they get around to releasing them – has been Sam and Max, another adventure series).

Also, if you’re going to put your players in narrative limbo, you should at least tell them how long for, instead of:

What’s our window for release?
It’s a big and open window. With white curtains. And it’s on the other side of the room from where we’re sitting. I think I can see a beach through it.
Wait. Wait, is that… Is that blood?
(Happy now?)