It’s now nearly three years since I moved to London.

Before London, Bedford. Before Bedford, Letchworth Garden City. Before Letchworth, Reading, Cambridge, Kent, Sunderland and initially Kent. London is the city I’ve spent the most time in apart from Kent.

I find the concept of “I hate London” both really easy and really hard to accept. I can understand that if you commute in every day, spend most of your time in London in either the tube or an office, always in Central London how you could find it clostrophobic and dirty. Mostly. But I’m sitting at my desk in east London, and behind my monitors I can see Hackney Marshes, a space of land the size of 88 full sized football pitches. We know it’s the size of 88 full sized football pitches, because there are 88 full sized football pitches marked out on it. Green fields for ages. Trees. Rows of houses as well as council flats. Elsewhere there are leafy, tree lined suburbs; huge gothic buildings and tiny wooden churches. I find it hard to hate London, because it’s like attempting to embrace the moon. You can get a part of it, but the whole thing is beyond your reach.

When I moved in I had the same view of London as most people who visit it occasionally. Islands where I knew the roads and directions, clustered entirely around tube stations. I knew the area round Kings Cross towards Angel very well, for I used to commute there. I knew Paddington Station, where my train from Bedford got in; Charring Cross, where trains from Kent got in. I knew bits and places. Getting around London was a matter of using the tube to hop between islands.

Later on, mostly once I’d moved here, I started to join the islands up, discovering that this Kings Cross island was actually within a couple of minutes walk from this Angel island; that Charring Cross Island was quite close to Oxford Circus Island; that you can get from Camden Island to Kings Cross Island quicker by walking. Covent Garden Island is within walking distance of Tottenham Court Road island, which is handy since Covent Garden Island’s tube station is heck on earth.

Eventually, you get a better understanding of how London fits together. Eventually I’d got down my “Islands” to two: Central London and Walthamstow, because walking between them was a faff.

Eventually I moved to Leyton, and now to Hackney, and found the actual secret to getting around London without losing your sense of what’s where: Buses. My natural aversion to buses was caused by living in a small town, where buses where every half an hour or so if you’re lucky, and the massive problem with buses which is that in almost all cases you don’t know where you’re supposed to get off unless you’ve been there before, which presents a bootstrapping problem. In London, the former problem is solved by the fact that there are buses *everywhere* and they all run every 10 minutes on average, and the latter partly by automated announcements of which stop you’re at and partly by the fact I now have a GPS device in the form of an iPhone.

Living in Hackney makes getting buses more likely, as we’re the most central area of London that the Tube has little access to. The Overground works, but isn’t very frequent, and mostly goes between the great spokes of the London transport system, rather than down into the centre.

All of this is part of why I find things like The Knowledge – the official exam that London black-cab drivers take – really interesting. It apparently takes around four years to pass the test. The perils of an evolved city over a planned grid-based system, I suppose.

My back garden is a veritable feast of campanology now. Some mean, cruel and nasty person has attached…
aquarion 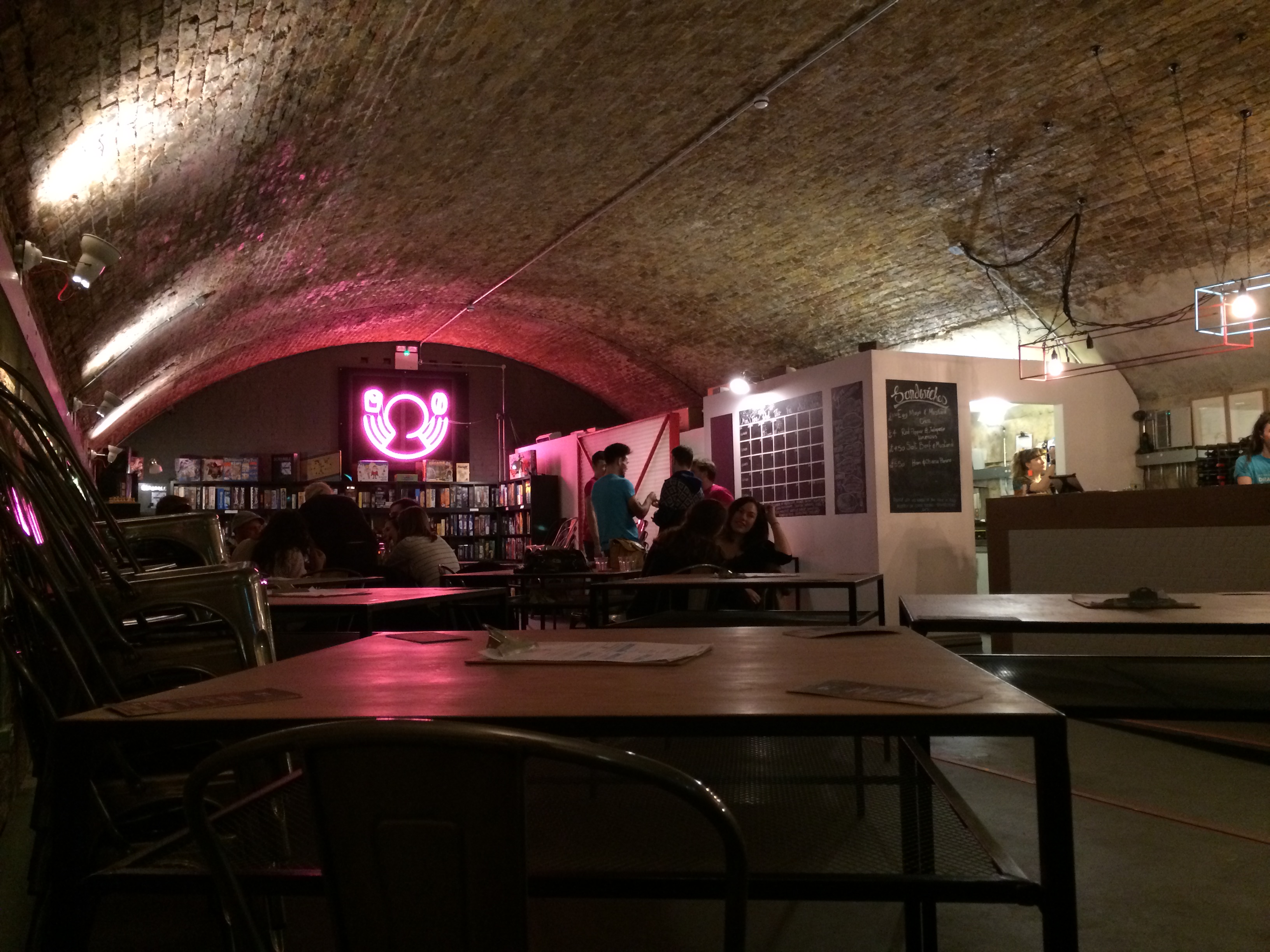 I’m a Kickstarter backer of Draughts London,  and how could I not be? My primary problem with board…
aquarion
Loading Comments...